The Tournament of Fictional Email Signatures 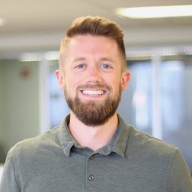 Here at Sigstr, we honor our team’s favorite shows, movies, and celebrities by creating their hypothetical email signatures. And during the month of March, we highlighted 64 of those email signatures with a little friendly competition. We put together a bracket-style tournament and asked Sigstr friends and family to determine the winners for each round. Thus, the Tournament of Fictional Email Signatures was born.

And the winner is...

Michael Scott! Round by round, the "World's Best Boss" proved why he has the world's best fictional email signature.

Thank you to everyone who voted throughout the month of March! Over 200 voters and 500 total submissions helped us determine the first-ever Fictional Email Signature Champion (well deserved, Prison Mike)! We couldn't have done it without your participation, so thanks again for making this tournament so much fun.

Now sit back and relax, queue the music, and check out the final results below or entire bracket here. It's a shame there isn't a Dundie for "best email signatures" so Michael Scott could present it to himself. After defeating the mighty Darth Vader in the Final Four, this Regional Manager of Dunder Mifflin Scranton has punched his ticket to the Championship. Awaiting him in the main event is an over-achiever from Pawnee, Indiana who racked up so many votes against Chris Traeger it literally wasn't even close.

"You miss 100% of the shots you don't take," a few wise men once said (Wayne Gretzky and Michael Scott). Is this Michael's shot to become a Fictional Email Signature Champion? Or will the "Knope she can!" campaign earn Leslie enough Championship votes to win it all?

See how they got here in the bracket (above), round-by-round results (below), or the Final Four results report. And submit your Championship vote to decide their fate.

It's been a long winding road all month long to the Fictional Final Four and now we're finally here. All thanks to an exciting round 4 that sent half of the email signatures home, and the other half to the promise land.

The left side of the bracket had 2 dominating performances from Darth Vader and Michael Scott, setting up a "World's Best Boss" vs. "Galaxy's Ultimate Villain" matchup in the Final Four. The right side included 2 gutsy performances from a couple of Pawnee government employees who now find themselves in a Parks and Rec showdown with a trip to the championship on the line.

You know the drill - use the bracket (above), matchup list (below), or round 4 results report to catch up on all of the fictional email signature action.

Round 3 results and highlights

16 email signatures and 8 head-to-head matchups entertained fans this round as we saw an Elf from the North (pole) take down the King in the North, 52% to 48%. Pawnee's fearless leader from the Parks Department won in convincing fashion against Kylo Ren as her voters continue to shout, "Knope she can!" And how about that Star Wars showdown between Darth Vader and Han Solo?

Each of these round 3 winners have earned their right into the prestigious Fictional Final 8. Catch up on all of the action in the bracket (above), matchup list (below), or round 3 results report. The drama continues to build as the stakes get even higher in round 4. Who will the voters pick to move on to the Final 4?

Round 2 results and highlights

Round 1 set the tone, but round 2 certainly did not disappoint. Some are saying this is the most competitive fictional email signature action they have seen in decades. It's hard to argue with that statement when 8 of this round's 16 matchups ended in a 50% something to 40% something result. This included a couple of 51% to 49% buzzer beaters, where Kylo Ren defeated Joey Tribbiani and Tyrion Lannister took down Luke Skywalker in the much anticipated "daddy issues showdown".

On the flip side, we also witnessed total domination from Jim Halpert, Joyce Byers, Buddy the Elf, and Darth Vader. And now we're onto the next round where 16 email signatures and 8 hilariously entertaining matchups await our votes. Check out the bracket (above) or matchup lists (below) to catch up on all of the early round action. You can also view the full round 2 results report here.

Round 1 results and highlights

Wow! What a round it was to kick off the tournament. 140+ voters determined who advanced and who went home. We saw unexpected upsets, lopsided victories, and even a few nail-biting matchups that came down to the last few votes.

Highlights included a a dominating performance from Michael Scott with his 88% to 12% win against Ron Weasley (the biggest margin of victory in round 1). And how about that Homer Simpson vs. Harry Potter matchup? Just a few votes proved to be enough as Homer squeaked by with the 51% to 49% win. Speaking of 51/49, our favorite hairy co-pilot made it interesting against the King in The North.

Check out the bracket (above) or matchup list (below) to see all of the round 1 results. Or, view the full results report here.

All posts from the "If [Blank] Had Email Signatures" blog series can be found here: